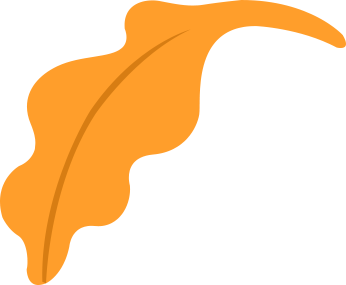 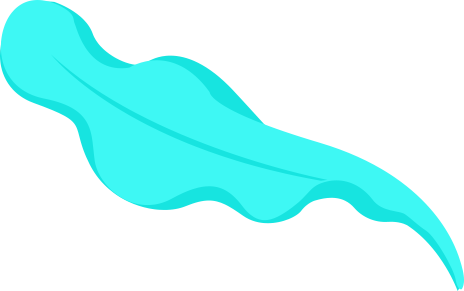 The Line On The Spline 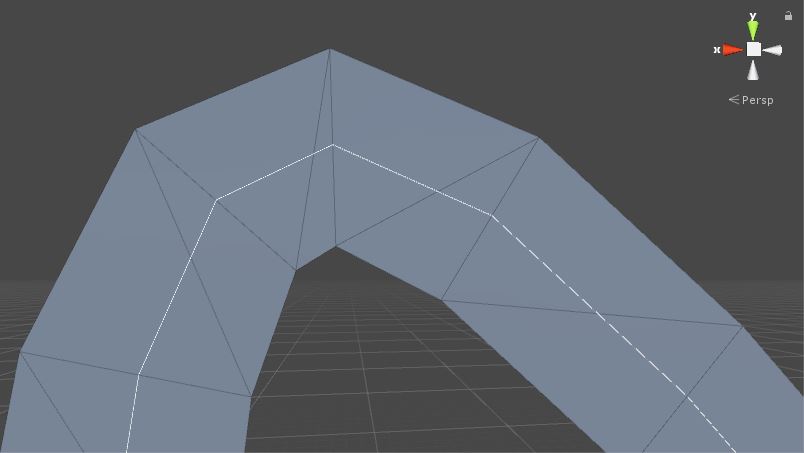 A friend once asked me how he could draw a mesh on a line using Unity, or, in other words, create his custom line renderer. This post is about that.

A spline is a curve defined by control points. There exist several different types of splines in the literature, but for this post I’m going to use the so-called Catmull-Rom spline. I opted by using Catmull-Rom mainly because it’s easier to control since the curve pass through the control points and it’s easy to compute.

You can check a Catmull-Rom explanation here, but in the end we only need the following function to get a point on the curve:

Before starting our line renderer, it would be nice to see if the spline computation is working and also to have a preview of the curve to be rendered. However, we cannot just plot the curve on the screen. Since we are only able to draw lines, we actually need to approximate the curve by drawing several lines on it. The more subdivided is the curve, the better will be its representation.

Let’s start by declaring some variables to define the shape of our spline: an array of control points m_ControlPoints and a step size value m_StepSize. We are then going to create intermediate points on the spline with the distance of a step size between them.

Then, the way the intermediate points are computed is the following:

And this is the code:

Now we have all we need to create our line renderer. The objective here is simple, for each interval of two consecutive intermediate points (a segment), we are going to create two triangles forming a quad. The orientation of these quads will be determined by the orientation of the segment and a normal user-defined. We will need also a new variable m_LineWidth that defines… the line width.

We start by taking the two first intermediate points (ip[0] and ip[1]) and computing the segment direction between them (ip[1] - ip[0]). With the segment direction and the user-defined normal, we are able to compute the perpendicular direction that will help us to position the four vertices needed to create our quad.

To compute that perpendicular vector, we only need to do a Cross(segmentDirection, normalDirection). That’s it, the cross product gives us a vector perpendicular to the plane formed by the other two vectors provided.

And then we can define our triangles as (v[0], v[2], v[1]) and (v[1], v[2], v[3]) (clockwise order to render properly (if Unity had right-hand coordinates, it would be counter-clockwise)). The following image shows everybody in their places: 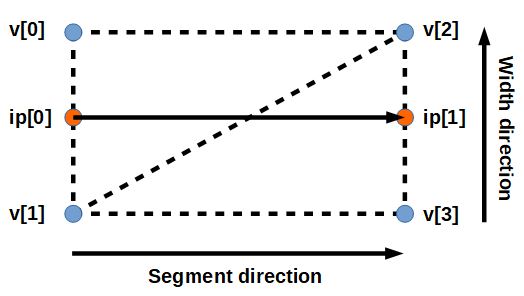 For the following segments, we only need to compute the vertices at the end of the segment since the two vertices first vertices are the same as the last two from the previous segment. The code to create a segment is the following:

The result is already okay-ish, but it can be improved. The intermediate vertices are oriented according to the previous segment direction and it does not look good, specially when the curve is very tight (check the following image). 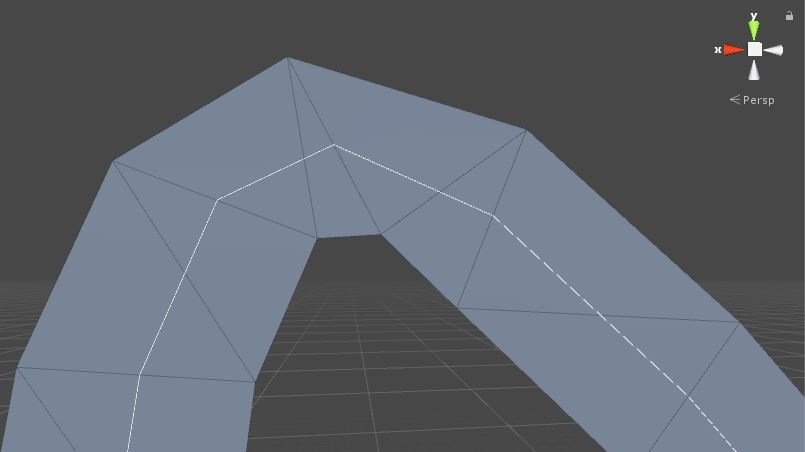 What we can do to improve this is to adjust the vertices in the corner considering the previous and next segments. We do the following: 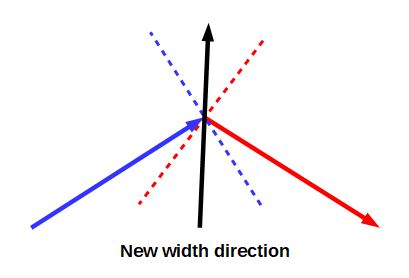 This is the code:

Another nice addition we can do is to make the line mesh face the camera. To do so, we only need to use the direction from the segment origin pointing to the camera to compute the width direction. The new width direction can then be computed as follows:

That’s it, folks! This is just a starting point for creating a line renderer in Unity and it can be improved in several ways. You can find the complete code here. I hope you have enjoyed! See ya!